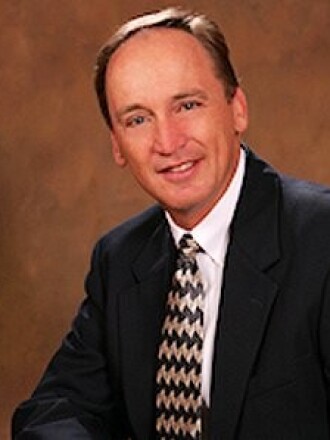 ST. PAUL — The Minnesota Supreme Court has approved an agreement disbarring former Willmar, Minnesota, attorney Gregory Ron Anderson from the practice of law for his felony conviction of fraud.

The Supreme Court issued a news release Tuesday, Jan. 3, stating that it had issued an order Dec. 30 in which it approved the disbarment as sought in a petition from the director of the Office of Lawyers Professional Responsibility for Anderson’s alleged professional misconduct.

Anderson, 63, was sentenced in U.S. District Court in St. Paul on Dec. 7 to serve 18 months in prison for a conviction of fraud in the bankruptcy proceedings of former Kerkhoven Mayor James Rothers. Anderson must also serve a year of supervised release following his prison term and pay fines of $20,000.

The federal court found that Anderson had created fake liabilities to create the appearance that Rothers was insolvent when, in fact, Rothers could easily have paid all of his creditors, according to information from the U.S. District Attorney’s office.

Rothers pleaded guilty to fraud Dec. 13 and is serving two years of probation.

Anderson had agreed as part of a plea agreement in his case to voluntarily accept disbarment.

Jeremy Hutchinson on Friday, his second day in jail, filed for voluntary bankruptcy and appealed the contempt order that incarcerates him indefinitely to the Arkansas Supreme Court, measures that should get him out of jail within a week at most without having to pay $524,000 in child support arrears for his freedom, his lawyer said Friday.

“You can’t put people in jail for their debts once they file for bankruptcy … so [release] is a matter of time,” Lancaster said, describing Hutchinson’s incarceration as “debtor’s prison.”https://www.arkansasonline.com/news/2022/dec/31/former-state-senator-files-bankruptcy-in-effort/”We want to make it clear that Jeremy is not running from having to pay his debts. He has incurred a lot of judgments and things of that nature and he just needs relief.”

Bankruptcy will allow Hutchinson, 48, to discharge some portions of the divorce-related debt ascribed to him by the court, but not what he owes in child support and not whatever financial penalties he incurs

SAN ANTONIO — Christopher “Chris” Pettit will remain in jail after a bankruptcy court judge ruled Wednesday that the disgraced former lawyer had not done enough to clear himself of a contempt of court charge.

Telling Pettit he holds the keys to his jail cell, Chief U.S. Bankruptcy Judge Craig Gargotta set 17 conditions the ex-attorney must satisfy to be released. First on the list is that Pettit turn over a business laptop to the trustee administering the bankruptcy estate. Pettit has given conflicting accounts regarding its whereabouts.

“It would really move things along if Mr. Pettit would come clean about what happened with regard to the laptop, good or bad, so we could move on in this case,” Gargotta said. The laptop purportedly contains information the trustee wants regarding Pettit’s clients and their funds.

“I’m not suggesting he say this, but if Mr. Pettit were to say, ‘I destroyed it’ … then if that really was the truth, then we would know … that as a result (the trustee and creditors are) not going to get that information,” the judge added. “Really, what’s at issue here is just saying where it is.”

One of Chris Pettit’s largest

3M’s attempt to block jury trials of more than 230,000 lawsuits accusing it of harming U.S. soldiers faces a key test this week in front of a federal judge in Indianapolis.

U.S. Bankruptcy Judge Jeffrey Graham is set to consider a temporary halt to the lawsuits so that 3M and its bankrupt subsidiary, Aearo Technologies, can try to settle the claims, most of which have been filed by veterans who say the combat arms earplugs left them with hearing damage.

“To the extent 3M suffers a setback here it’s likely to set off alarm bells in other corporate boardrooms of companies that want to take advantage of the bankruptcy system,” Ellias said.

The Aearo case uses an increasingly popular strategy in which profitable companies use insolvency proceedings to force settlement talks with victims of allegedly harmful products.

Johnson & Johnson and lumber giant Georgia-Pacific have also put units into bankruptcy with the same goal of ending their litigation woes in one place instead of fighting thousands of trials around the country.

The governor has maintained the measure is about protecting Californians from gun violence. But it also sends a message to a Supreme Court whose rulings Newsom and fellow California Democrats have derided, essentially daring it to either uphold the gun law or reconsider its logic in backing Texas’s approach.

“The question is whether they are complete and abject hypocrites and frauds if they reject our bill that’s modeled after that abortion bill as it relates to private right of action to go after assault weapons,” Newsom said this month.

Yet the law could stand on precarious legal ground. Even Democratic legislators who favor gun restrictions said as much in passing the bill, conceding that it employed a dubious legal strategy in the service of a larger goal.

“It is my hope and desire that ultimately this bill actually not proceed because the Texas law is found to be wrong, unconstitutional and crazy,” state Sen. Tom Umberg (D-Santa Ana) said before voting for the measure in April.

It also drew fierce opposition from ideological allies of Newsom who warned he was empowering the very type of reasoning he had condemned. “There is no way to ‘take advantage of the flawed logic’