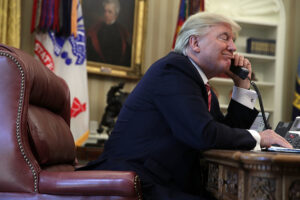 Well, that’s because Martin lent his expertise to former President Donald Trump after he lost the 2020 election. According to a report by the New York Times, Martin was the legal mind behind the theory that the Vice President could just decide not to certify the election