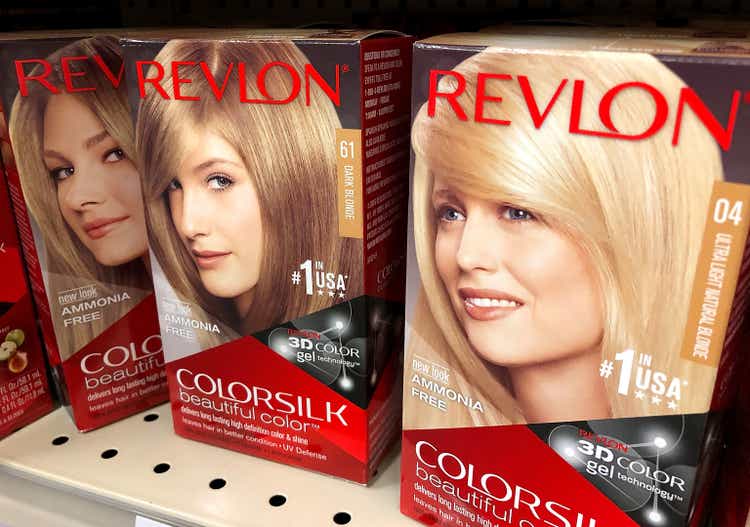 Trading in bankrupt Revlon (NYSE:REV) stock has had a bumpy ride over the last few weeks and I expect that their entire Ch.11 bankruptcy process is going to have an extremely bumpy ride because of the complexities of this case. Of course, actual Revlon future operating results are critical for stakeholders, but there are some future judicial decisions that could have dramatic impact on investors holding Revlon’s debt and stock. This article is an update to my prior Revlon bankruptcy article.

As expected, some shareholders filed a request with the U.S. Trustee for an appointment of an official equity committee. (Seeking Alpha broke this story on July 13.) I have reached out to the Office of the U.S. Trustee, but I have not received any official response, but since a committee has not been appointed yet, I am assuming that it was denied at this point. The next step would be for these equity holders to file a request with the bankruptcy court requesting Judge Jones to instruct the U.S. Trustee to appoint an official equity committee. Since he is a very new judge, he has no history on this issue.

Official equity committees are covered under section 1102, but that section does not specifically state the requirements for an appointment. Those have been established by a long history of case law. All of the following must be met – not just most:

*Case must be large and complex. *There is an active market for the stock. *The stock is widely held. *The request is timely.

Questionable if Revlon meets these requirements

*The company is not “hopelessly insolvent”. *Shareholders cannot be adequately represented without an official equity committee.

Just because an official equity committee is appointed, that does not mean there will be a recovery for Revlon shareholders. Breitburn Energy Partners had one and had fairly high-quality legal representation, but equity holders still received nothing. Horsehead Holding had one, but partially because the committee’s legal representation was absolutely horrible, in my opinion, shareholders got nothing.

The next real fight in this bankruptcy case will be the hearing, which is currently set for July 28 and most likely will continue to the next day, for the approval of the DIP financing motion (docket 28). I expect this will be a very intense hearing because much of the entire case rests on the issues associated with this motion.

The fight is between the BrandCo DIP lenders and everyone else. In 2020, Revlon transferred much of their intellectual property, including brand names, to new entities (BrandCos). These new entities received royalties under license agreements. On the surface it looks like just a bunch of inter-company payments, but these BrandCos entities issued secured debt. (I plan to cover in more detail the issues associated with these transactions in a future article.)

There are many items within the DIP motion that are being fought over and I am just covering a few of them. First, the Official Committee of Unsecured Creditors filed an objection (docket 239) which included a proposal to extend by at least three months the required DIP milestone period to file an RSA by November 1 and an “acceptable” plan by November 30 (to at least February 1 and early March 2023). This would allow the results of the busy holiday shopping period and the results of potential decreased supply chain problems to be factored into creation of the Ch.11 reorganization plan. (The longer the better for REV shareholders, in my opinion.)

The requirement of an “acceptable” plan by BrandCo DIP lenders effectively would mean that the BrandCo DIP lenders would be in the driver’s seat creating the plan. Under section 1121(b) the Debtors (Revlon) has a 120 day exclusive period to file a plan and if it is filed within 120 days, it has an automatic extension of an additional 60 days to seek acceptance of the plan. Frequently extensions are sought and given to extend the 120-day period. The Committee is trying to revise this “veto power” by the BrandCo DIP lenders.

The proposed DIP does not have a carveout for paying post-petition vendors. The Committee wants a carveout to make vendors much more comfortable about being paid. I think this carveout is absolutely critical for Revlon because some vendors still might be reluctant to deal with Revlon even with being considered section 503(b)(1)(A) administrative expense claims that have priority to being paid. The problem is that if Revlon’s results get worse, they could become “administratively insolvent” and be unable to fully pay administrative expenses. Many vendors might be keenly aware of what happened to Sears Holdings (OTC:SHLDQ) post-petition vendors who agreed to a large “haircut” and are still waiting for payment for their remaining reduced 503(b) claims.

Another contested item is that if there are eventually proceeds from litigation against BrandCo lenders that are being asserted by various parties or proceeds from any other litigation, the proceeds become part of the assets that secure the DIP financing. What? So, if BrandCo lenders eventually have to pay a judgement, that same cash could go right back to the BrandCo lenders. (This is our legal system at its finest – not). Of course, the Committee is against this.

Key Employees Get a Retention Bonus

After a hearing on July 22, Judge Jones approved (docket 281) the key employee retention plan – KERP (docket 116). This would pay approximately 160 “key” employees, who are not insiders, up to a total of $15.375 million. There were some changes from the original proposed KERP, such as the amount was reduced from $16.4 million, but the plan still implies an average payment of $96,000 per employee. This is an attempt to keep employees, but “if any KERP Participant is terminated with cause or quits without good reason prior to the earlier of the confirmation date of a plan and June 30, 2023, any KERP payments received by such KERP Participant shall be repaid” to Revlon.

These are members of the two primary groups that are currently involved in the bankruptcy process. It is interesting to note that some of these hedge funds own many different types of Revlon debt, including the unsecured notes.

If the judge decides not to extend the required milestone filing dates of the RSA and reorganization plan, Revlon shareholders are “toast”, in my opinion because potential future positive developments will not be factored into the plan. Given the rather weak status of Revlon, I would then expect no recovery for shareholders. Shareholders absolutely need this extension.

Revlon’s stock price has risen since my last article, but I am keeping my neutral/hold rating to see what might actually develop in this complex bankruptcy case.