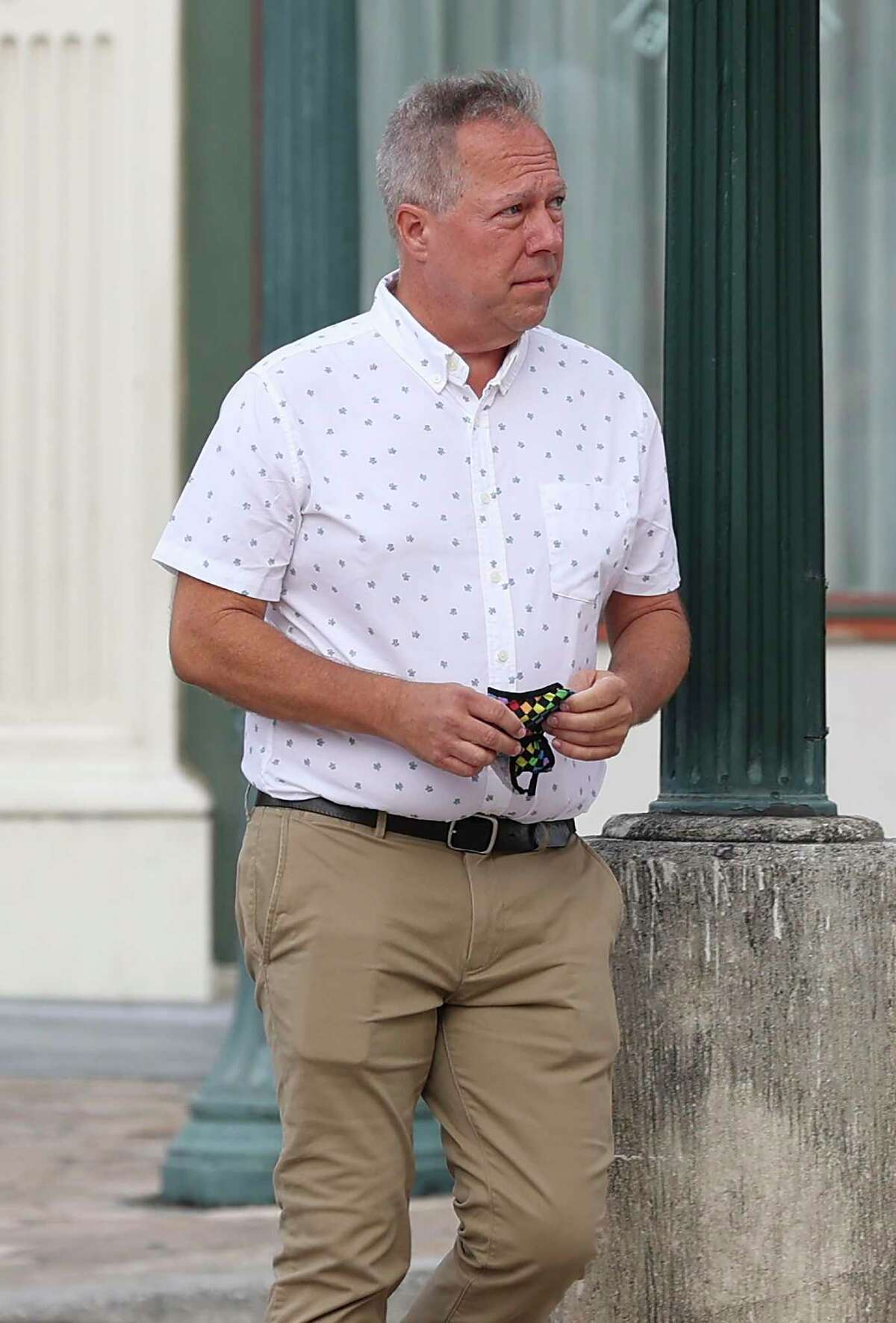 Vogt told him that someone had come by the business to inquire about selling personal property at a house on Champions Run in a gated community in Stone Oak, Huffstickler said Thursday.

Vogt visited the house and identified property he would be willing to sell. While in the house, he noticed a Post-It Note with Pettit’s name but didn’t think anything of it. After leaving, Huffstickler said, Vogt felt like something was “off” about his visit. He subsequently remembered reading about Pettit’s bankruptcy in the newspaper. So he called Huffstickler.

“I advised him there’s been no order to allow the sale of any personal property” that’s part of the bankruptcy estate, Huffstickler said.

The trustee said he believes Vogt met with a family member of the nanny who cares for Pettit’s 10-year-old son.

Pettit testified that he didn’t authorize anyone to meet with auction house representatives.

“I did not ask anyone to move anything out” of the house, he added.

Pettit filed bankruptcy protection for himself and his law firm June 1 after they were sued multiple times by clients who alleged their money had gone missing. His latest bankruptcy schedules listed $43.5 million in assets and $112.2 million in liabilities. He’s given up his law license and shut down his law practice.

The FBI has been investigating the allegations against him.

Pettit appeared at Thursday’s hearing without bankruptcy counsel after his former attorneys were allowed to withdraw from the case this week. They told the judge they had a conflict of interest after learning they had been paid with money that belonged to a Pettit client, opening them up to possibly being sued. Pettit hopes to hire a new lawyer soon.

Throughout the case, he’s been described as an uncooperative debtor who has obfuscated matters in the bankruptcy. He has been unwilling or unable to say where his former clients’ money went, but says he’s looking into it.

After Huffstickler heard from the auctioneer, Terry and attorney Danielle Rushing paid a visit to the Champions Run house Wednesday. They found some items boxed up and others missing — including a washer and dryer, a foosball table and a mini-fridge.

While on the witness stand, Terry described the creditors — some of whom have regularly been attending hearings — as “victims.”

“Their lives have been destroyed,” he said. “Since my appointment, they’re just getting further disrespected because of Mr. Pettit’s interference. Quite frankly, this court is being disrespected.”

Earlier this summer, Pettit provoked the trustee’s ire when it was discovered Pettit had withdrawn more than $186,000 from his retirement accounts after filing for bankruptcy, then going on a spending spree. While Pettit has said the money is his to spend freely, no determination has been made by the court.

SA Inc.: Get the best of business news sent directly to your inbox

The trustee sought to have Pettit held in contempt over that as well, but the judge declined the request in late July. But he issued the order barring Pettit from disposing of any personal property.

During Thursday’s hearing, some wanted Gargotta to go even further than what the trustee requested.

Mary Elizabeth Heard, a lawyer for a creditor, told the judge he should hold Pettit in civil contempt and have him sit in a jail cell until he reveals what he’s done with her client’s money.

“He’s directing … his minions to sell personal property out of the estate without permission,” she said. “Your honor, I would simply ask that … you bring him back to San Antonio and put him in a place where he can spend some time thinking about what he’s done.”

Gargotta said there was not convincing evidence to show that Pettit had directed his nanny’s family to sell items to the auction house. The judge ordered them all to appear next week so he can hear their testimony.

He added that he will issue a bench warrant for Pettit’s arrest if he fails to show.

“This isn’t a party invitation,” the judge said. “It’s time that we get some resolution on this. Frankly, my considerable patience is worn.”